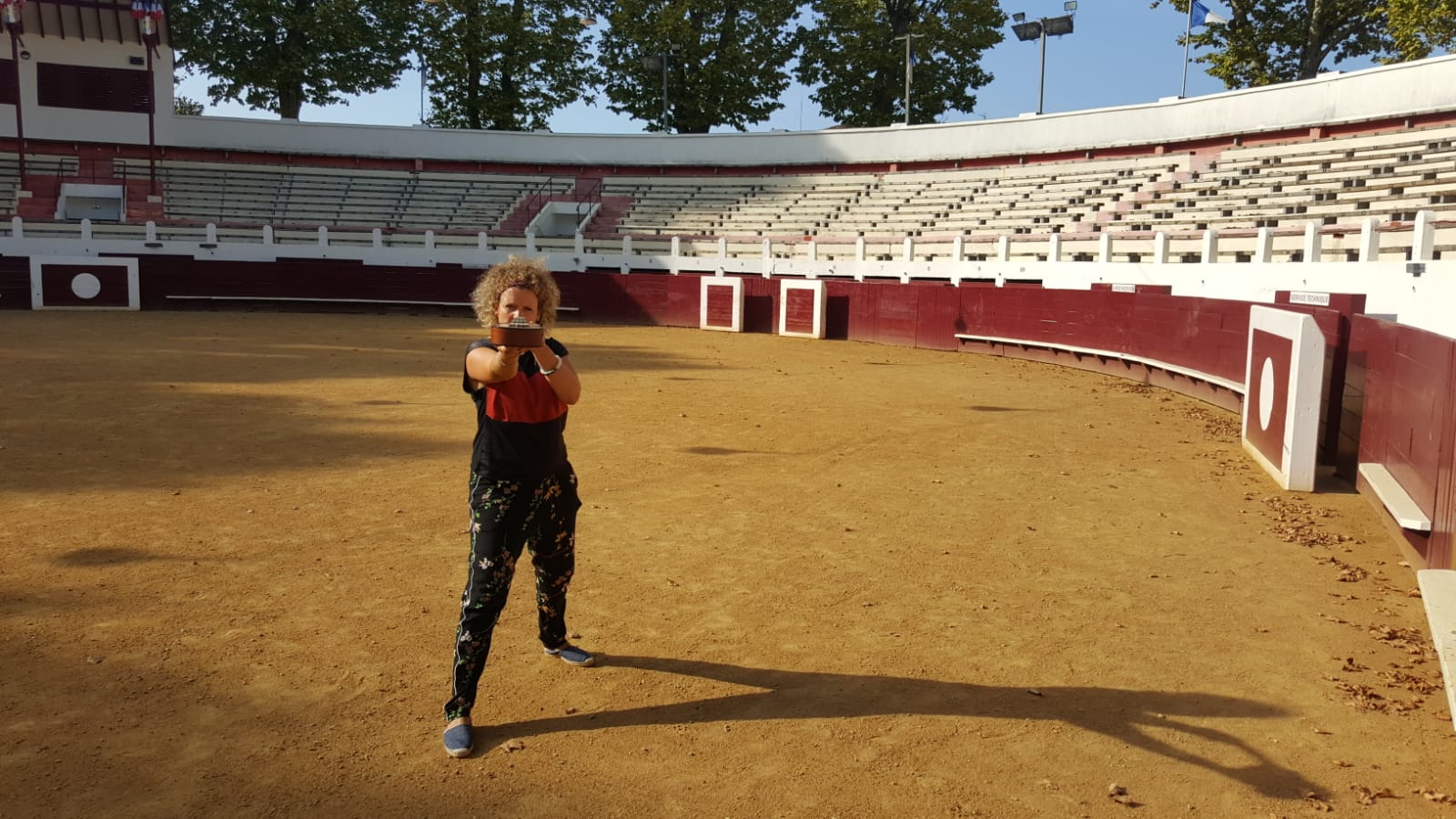 “You can never have too much Fuzzy!” Beth Orton

"Fuzzy's voice is like something you heard in a dream, truly original.” Corinne Bailey Rae

Fuzzy Jones is an award-winning, independent Alt-Folk-Pop artist/producer and ‘queen of Junk Shop Folk’, from the UK, currently based in southwest France. She crafts powerful, playful protest songs for the 21st Century, with big vocals and lush harmonies. Fuzzy likes to describe her music as a tea party with Joni Mitchell and David Bowie, where Serge Gainsbourg occasionally pops by for a coffee.

With over 20 years of experience in the music industry in the UK, Fuzzy has honed her skills and is now a music producer in her own right. She has produced her last two releases Hotel Landifornia and The Great Pause and is working on new ideas all the time using Ableton Live in her home studio in southwest France. She is an advocate for encouraging women to work in music production and is passionate about enabling female and non-binary musicians to train in this area. Fuzzy has collaborated with a range of musicians including Beth Orton, Neil Innes (ATA Records), The Haggis Horns, Bill Laurance (Snarky Puppy), Rhianna Kenny (Lianne La Havas, Róisín Murphy), Eddie Roberts (The New Mastersounds), LNA, Astraluna, Miranda Arieh, Fran Wyburn and Leeds legend Cleve Freckleton.

Building a studio called ATA
In 2007 Fuzzy founded a band called Love of the Brave, with former co-writer Neil Innes. They then went on to build an analogue studio in Leeds, UK, which they named ATA (All Things Analogue). It housed vintage equipment from the 1960s and 1970s and it was here that they created their first a self-titled concept album, Love of the Brave. ATA Studios is now the home of a successful record label called ATA Records.

Awards & Residences
Awards include ‘Best Song’ at London Screenwriters’ Festival in February 2014, for her song Swans, which was featured in the first crowdsourced feature film, 50 Kisses. She was also a semi-finalist in the UK Songwriting Contest in 2013 and 2017. In March 2019 Fuzzy was chosen, as one of the North of England’s up and coming women in music, to be part of a unique residency with Beth Orton by Brighter Sounds called the Both Sides Now residency.

Community Music and Wellbeing
Community singing sessions and online singalong videos during 2020 for Millside Centre Bradford – a community centre based in the heart of Bradford who help vulnerable people.

Online Sing & Shine sessions with Health for All – Time to Shine – which aims to reduce social isolation and loneliness amongst older people in Leeds, funded by The Big Lottery Fund.

Online Mini-Gigs and hospital Mini-Gigs for children on cancer wards with Made With Music – an award-winning charity providing accessible live music for families.

Fuzzy has also been supported by the Arts Council England for various projects.

Ukulele for primary schools with Made With Music – an award-winning UK charity providing accessible live music for families (online and in person).

HELM Inclusive Dance Project
In 2019 and early 2020 Fuzzy was commissioned to compose the music for a ground- breaking, inclusive dance project called HELM, with friend and electronic music producer LNA. It was a pioneering dance project, choreographed by Theo Clinkard and Leah Marojević, which gave 8 gifted dance artists, with a learning disability or autism, the opportunity to work professionally. They unleashed their imaginations to construct a world of alter egos. The project was showcased in different theatres in the UK, including; Dance City, Newcastle; Kala Sangam, Bradford and Lancaster University. A full UK tour was planned for 2020 but was unfortunately cancelled due to Covid.

Sisterhood Music Collective
Sisterhood Music Collective was a women’s music collective co-founded by Miranda Arieh, Astraluna, Fran Wyburn and Fuzzy Jones in 2017. Their mission was by celebrating DIY female musicians - telling the stories behind their songs and struggles, they hoped to empower other women to do their thing. Sisterhood went on a successful UK tour in 2018 and facilitated songwriting workshops for women funded by Leeds Inspired.

Current Projects
Current projects include a ukulele songbook for children (and their parents!) fully illustrated and composed by Fuzzy. With original songs about diversity & inclusion, nature and climate change.

BOOK YOUR LESSON BELOW 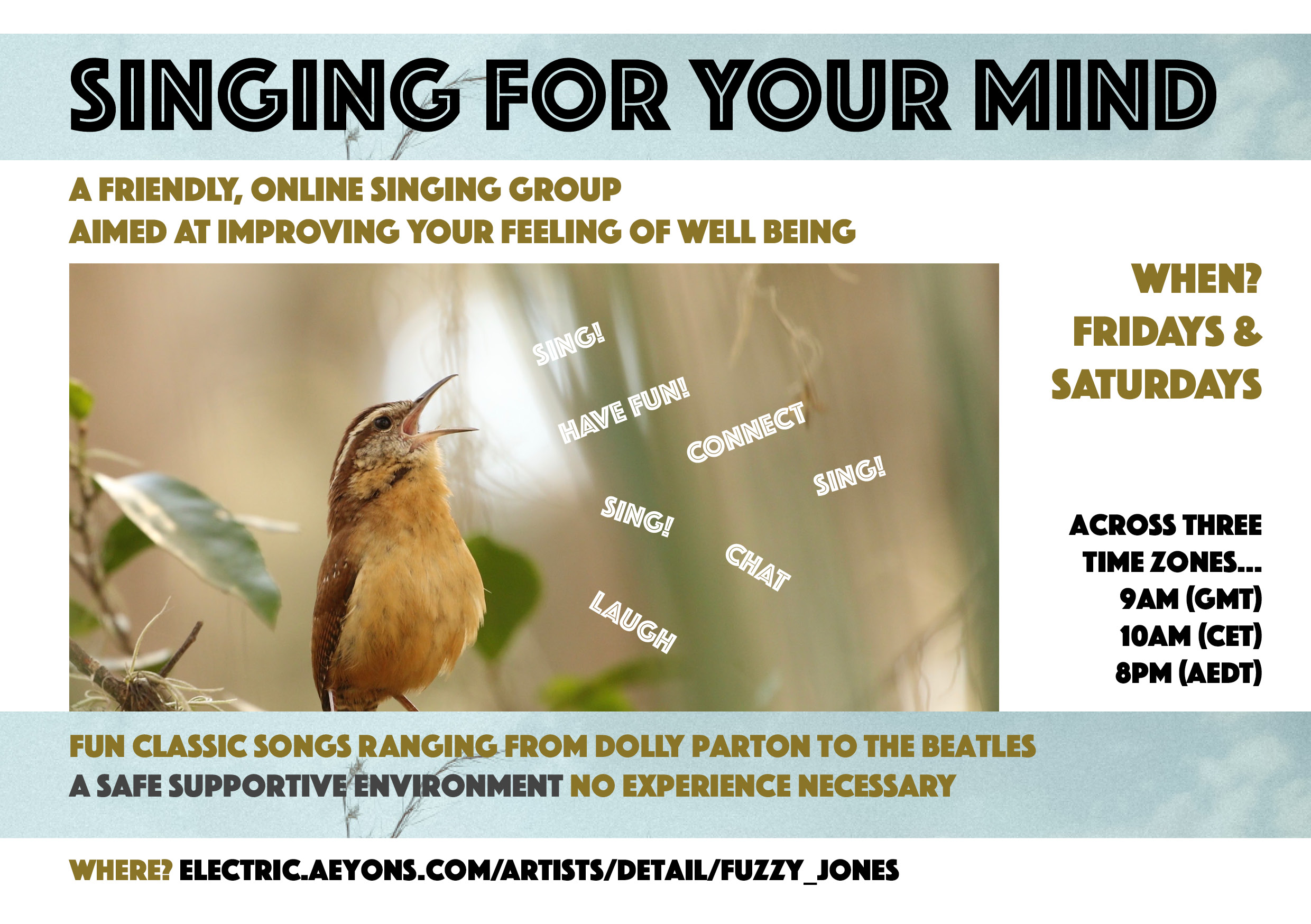 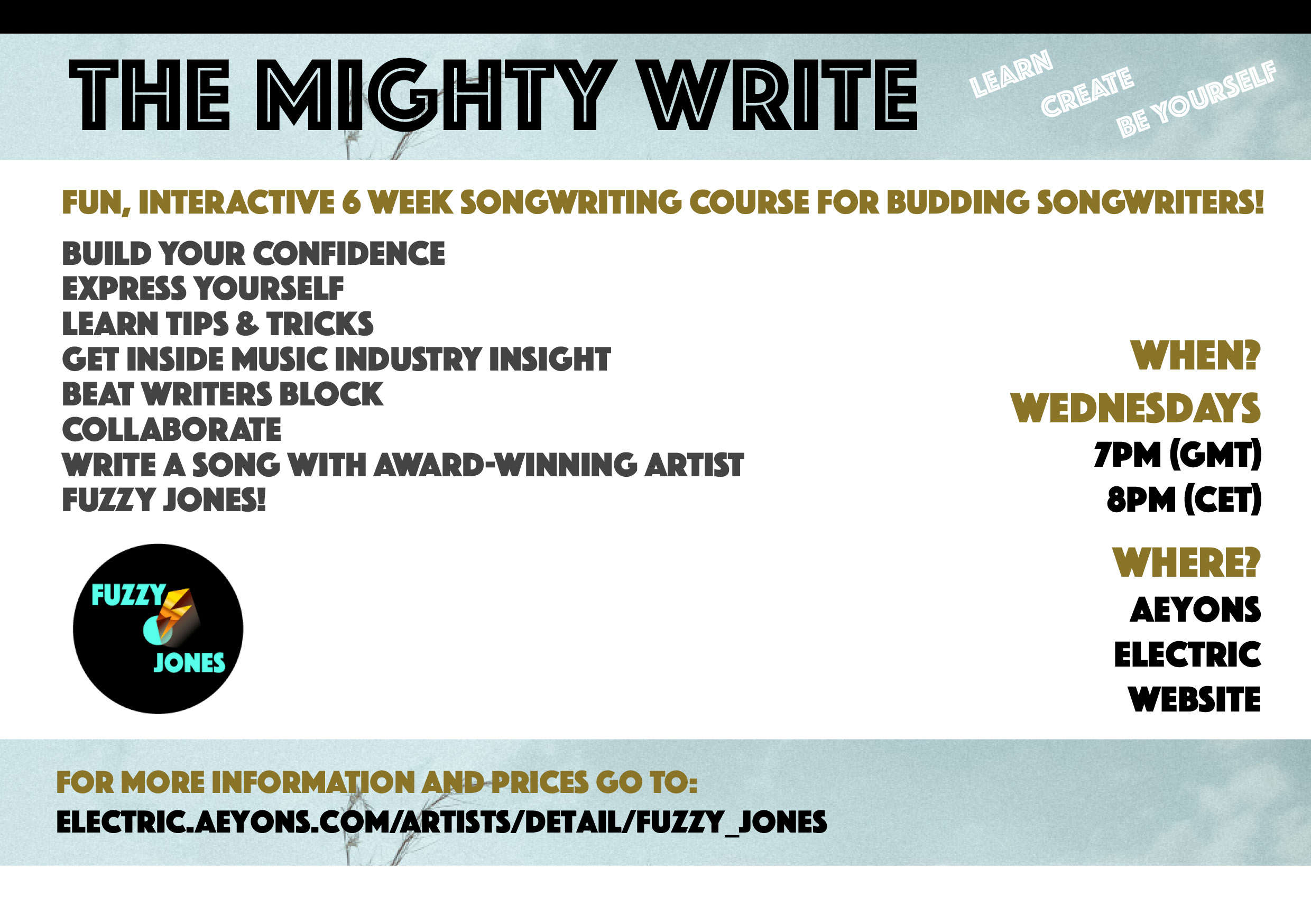 No record found.
Back To All Artists Next Artist